4 Things You Should Never Say to Your Party Host 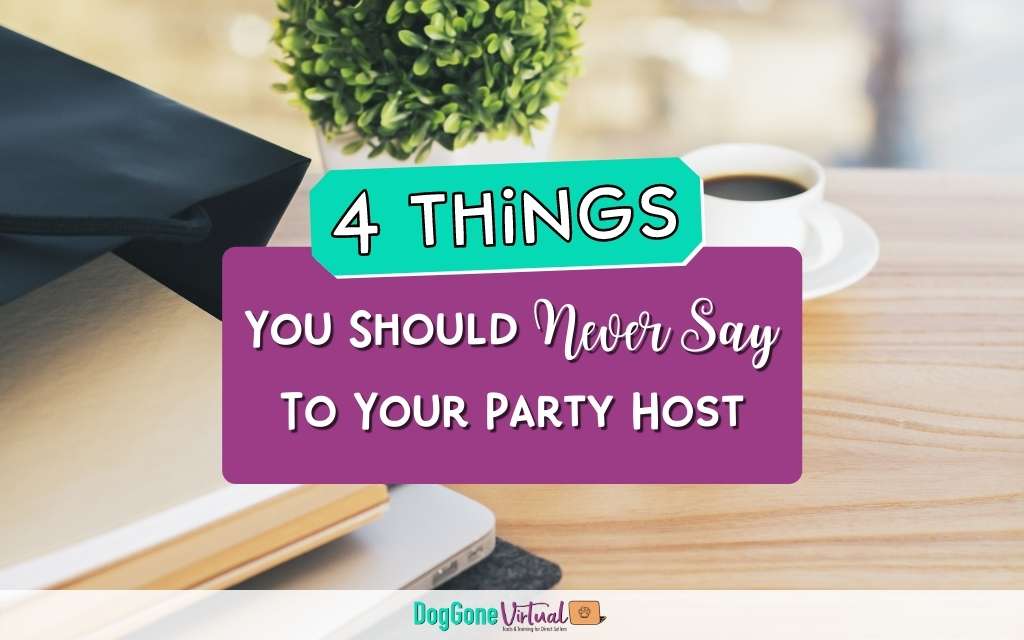 Now, I know that we’re not all superhumans who are good at everything the first go around. It takes time to perfect your secret sauce and make it work. When we start out with host coaching, that newness is usually the danger. We don’t know how to host a coach, so we copy and paste from other people. But we don’t stop to think, “Hey, maybe their tactics or strategies aren’t necessarily the best way to be doing things.” Maybe they’re pushy, and perhaps they’re not great at relationship building—whatever it may be. And we don’t see these things until they negatively impact our business.

Now y’all also know I think the word failure shouldn’t be in the dictionary. We learn from it, tweak our messaging, and move on. If you’re not getting the results you want, friend, you have to go back and adjust your host coaching. Think about what you can change to get better results!

To save you some hassle and time reevaluating your host coaching right from the get-go, today we’re going to dig into four things you should rid all your host coaching messages of now. These simply don’t work, and they’ll hurt your business, not help it. So, without further ado…

Never Ever Say, “You Don’t Have to Do Anything!”

Another version of this could be, “All you have to do is this ONE thing.”

Y’all, that is a bold-faced lie.

Excuse the sass, but let’s think about this for a second. When you book a party with a hostess, are you truly not going to ask her to lift one little finger?

Sometimes when we’re feeling a little desperate to book parties, we say things like this. And it’s okay, but we must recognize it so we can grow.

What you’re doing when you say things like this is damaging trust and rapport with your hostess. When you tell her she doesn’t have to do a dang thing, that may sound good in theory, but is it true? No. Honesty is key to growing hostess relationships, friends!

Instead, be honest. Just say I’m going to work with you step-by-step to make sure you have the BEST party ever; this is going to be so FUN! See? It still sounds good, and it’s the truth!

You want to ensure you’re setting clear expectations upfront when sending those booking messages y’all. Yes, it is super easy to host a virtual party—we’re selling stuff on Zoom or Facebook, not doing brain surgery, but it does take a little work! Don’t be dishonest.

Never Ever Say, “I’ll Do Everything!”

You need your hostesses to be on your team, ready to jump in and take charge of their party, so it’s a success. Ensure they know what they’re signing up for when you ask, so they’re not frustrated and disappointed when you don’t bring the wine, invite all the people, and clean her house for her before the party. It’s not realistic!

Never Ever Say, “You Only Have to Sell $XYZ to Get Your Hostess Reward.”

When you say that the minimum order for it to be a party is $200, you’ve just set your hostess up to set her goals real low.

We wouldn’t tell our kids, “You just need a D to pass,” when they haven’t even started something yet. You’re going to say to them, “You got this, go get that, A kiddo!”

Then, when you look at the party sales and wonder why she only invited five people, think about what you told her. You told her she just needed $200 bucks to make it a party, and she knew her mom was good for $100, so she did the bare minimum.

Instead, when someone asks that question, respond with, “Oh don’t you worry about that, my average party is about $XYZ, and we’re going to work together to get you lots of free goodies. How does that sound?”

I want to have my hostess dreamin’ big, don’t you?

Never Ever Say, “I Need You To Do XYZ”

I need you to interact at the party. I want you to invite more friends.

How do those statements come off? To me, it sounds like the way I talk to my kids when they haven’t done something yet.

Your hostesses aren’t your kids, and you have zero authority over them. Don’t damage the relationship by coming off bossy and pushy, y’all! They are your partners in this business; treat them that way.

The biggest thing in the world of text and messaging is that it can sometimes be easy to come off harsh without meaning to. So use those emojis, use those funny GIFs, and for the love of all things holy, do not use the terms “I need you to” or “I want you to.”

Come from a place of service. Explain the process, say, “Here’s the next thing we need to do to make sure you have the best party, you with me?!”

I know it can be frustrating when hostesses are ghosting and not engaging or doing what you need them to do.

But the harsh reality is that every hostess isn’t going to do the things you want to do. Everyone is different, has different things going on in their lives, different priorities. That’s why we look at averages. You’re going to have ups and downs, rockstar parties, and not-so-great parties. Hopefully, your average is in the middle!

Don’t let your frustration come off in your messaging. We want to charm the pants off them with sweet words and encouragement.

The Way We Communicate Is EVERYTHING in Direct Sales.

I want you to build the BEST relationships with your hostesses, friends. Hostesses are your #1 champions in this business. They will refer you, be repeat buyers, and sing your praises to anyone who will listen. Building those relationships takes effective communication. So think about what you’re saying. If you’re not making the goals you’re aiming for, reevaluate and start with your host coaching. I genuinely believe it’s the secret sauce and key to success, and if you rock it, you’ll rock your business. 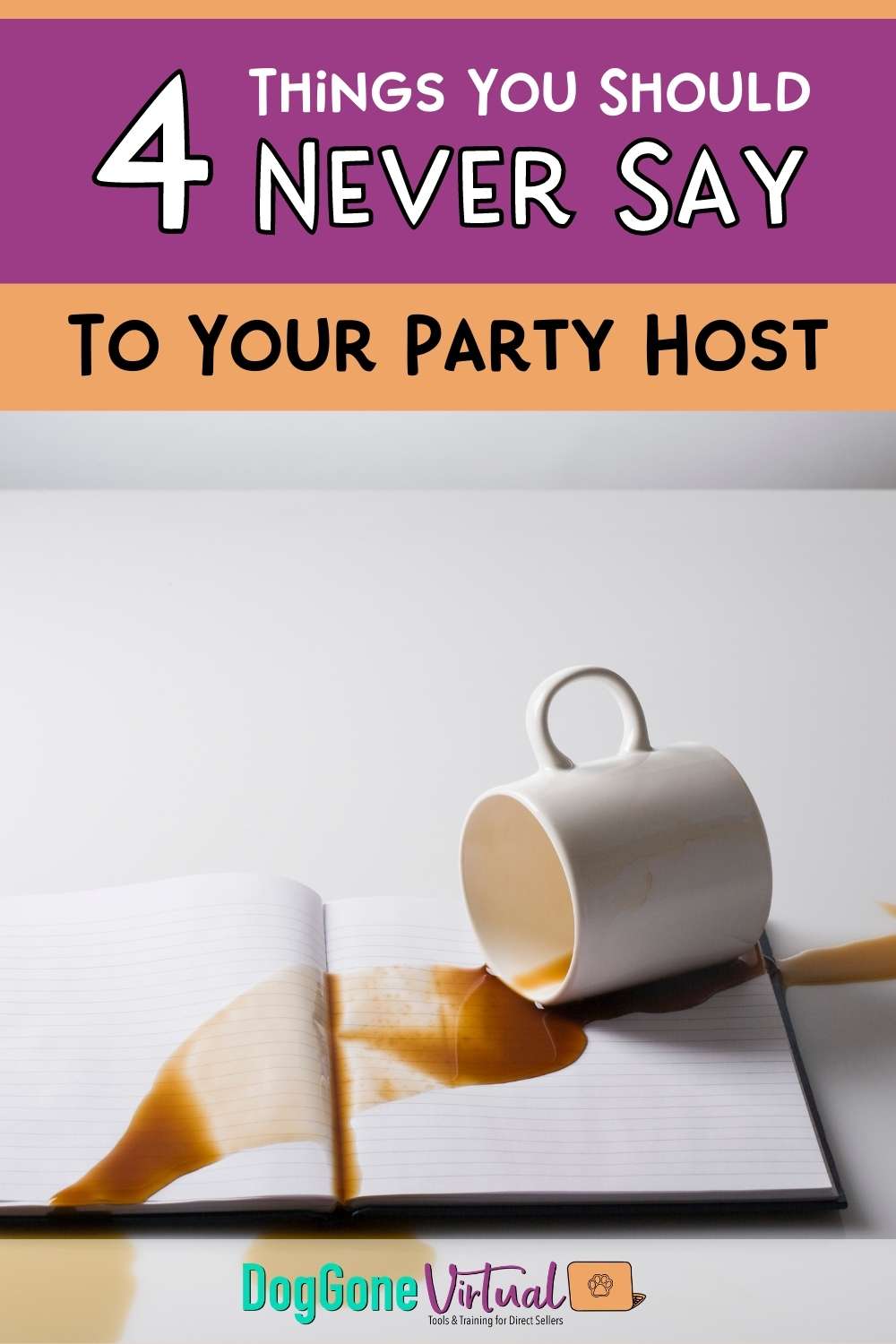 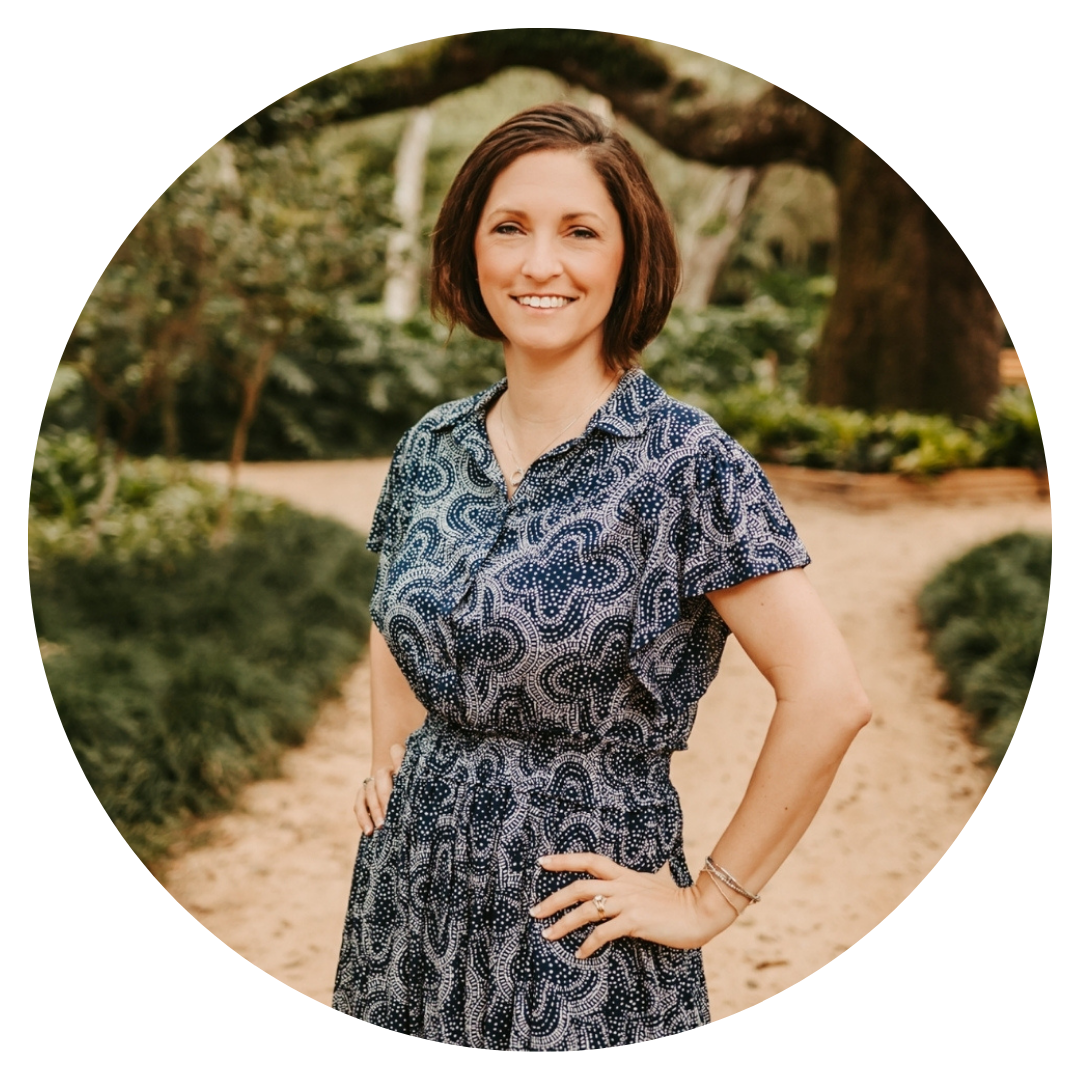 Mary Haynes is a highly successful direct seller turned direct sales strategist and coach! She loves helping direct sellers streamline and scale their businesses using simple, tried and true strategies.  Her goal is to reduce the overwhelm so you know what to do and when to do it in your business. Mary is also a homeschooling mama that lives in sunny Florida with her husband, 4 kiddos, a dog, and various other backyard animals.

My passion is helping you simplify and streamline your direct sales business using tried and true systems that reduce overwhelm and help you reach your business goals even faster! Find out more about what we do here. 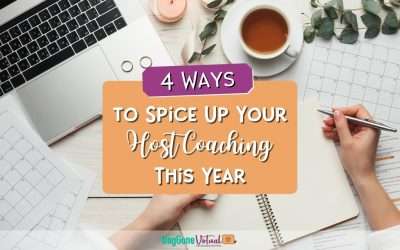 4 Ways to Spice Up Your Host Coaching

Variety is the spice of life, right? Sometimes it's easy to get stuck in a rut as a direct seller, especially when it... 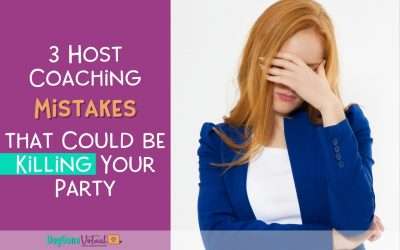 3 Host Coaching Mistakes That Could Be Killing Your Party

If I had to choose one practice that can truly help you level up your direct sales business, what do you think it... 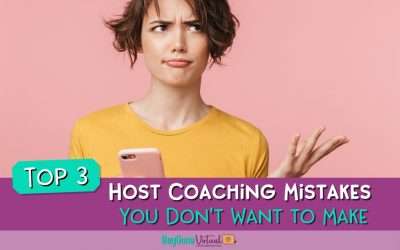 We all have at least one thing in our professional world that really gets us fired up and excited. Well, I have a lot...